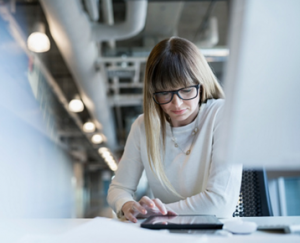 Reports can be mobile, paginated, interactive, tabular, and graphical, with a variety of data, including relational, multidimensional, and XML-based data sources. Reports can include rich data visualizations, including charts, maps, sparklines, and KPIs.

Take advantage of Reporting Services programming features so you can extend and customize your reporting functionality, with APIs to integrate or extend data and report processing in custom applications.

Reporting Services is a server-based reporting platform. You publish reports to a report server, or as part of a Microsoft Windows application, or to a SharePoint site. You can schedule report processing, access reports on-demand, subscribe to published reports, and export reports to other applications such as Microsoft Excel. Create data alerts on reports published to a SharePoint site and receive email messages when report data changes.

You can select from a variety of viewing formats. You can view Reporting Services mobile reports in the Power BI app for mobile devices. The reports that you create can be viewed over a Web-based connection.

With the Always Encrypted feature enabled your SQL Server data will always be encrypted within SQL Server. Access to encrypted data will only be available to the applications calling SQL Server. Always Encrypted enables client application owners to control who gets access to see their applications confidential data. It does this by allowing the client application to be the one that has the encryption key. That encryption key is never passed to SQL Server. By doing this you can keep those nosey Database or Windows Administrators from poking around sensitive client application data In-Flight or At-Rest. This feature will now allow you to sleep at night knowing your confidential data stored in a cloud managed database is always encrypted and out of the eyes of your cloud provider.

JSON stands for Java Script Object Notation. With SQL Server Reporting Service 2016 you can now interchange JSON data between applications and the SQL Server database engine. By adding this support Microsoft has provided SQL Server the ability to parse JSON formatted data so it can be stored in a relation format. Additionally, with JSON support you can take relational data, and turn it into JSON formatted data. Microsoft has also added some new functions to provided support for querying JSON data stored in SQL Server. Having these additional JSON features built into SQL Server should make it easier for applications to exchange JSON data with SQL Server.

It has been a best practice for a while to have more than one tempdb data file if you are running on a multi-core machine. In the past, up through SQL Server 2014, you always had to manually add the additional tempdb data files after you installed SQL Server. With SQL Server Reporting Service 2016 you can now configure the number of tempdb files you need while you are installing SQL Server. Having this new feature means you will no longer need to manually add additional tempdb files after installing SQL Server.

PolyBase allows you to query distributed data sets. With the introduction of PolyBase you will be able to use Transact SQL statements to query Hadoop, or SQL Azure blob storage. By using PolyBase you can now write adhoc queries to join relational data from SQL Server with semi-structured data stored in Hadoop, or SQL Azure blob storage. This allows you to get data from Hadoop without knowing the internals of Hadoop. Additionally you can leverage SQL Server’s on the fly column store indexing to optimize your queries against semi-structured data. As organizations spread data across many distributed locations, PolyBase will be a solution for them to leverage SQL Server technology to access their distributed semi-structured data.

If you are into examining execution plans than you will like the new Query Store feature. Currently in versions of SQL Server prior to 2016 you can see existing execution plans by using dynamic management views (DMVs). But, the DMVs only allow you to see the plans that are actively in the plan cache. You can’t see any history for plans once they are rolled out of the plan cache. With the Query Store feature, SQL Server now saves historical execution plans. Not only that but it also saves the query statistics that go along with those historical plans. This is a great addition and will allow you to now track execution plans performance for your queries over time.

With Row Level Security the SQL database engine will be able to restrict access to row data, based on a SQL Server login. Restricting rows will be done by filter predicates defined in inline table value function. Security policies will ensure the filter predicates get executed for every SELECT or DELETE operation. Implementing row level security at the database layer means application developers will no longer need to maintain code to restrict data from some logins, while allowing other logins to access all the data. With this new feature, when someone queries a tables that contains row level security they will not even know whether or not any rows of data were filtered out.

With Microsoft’s purchase of Revolution Analytics they are now able to incorporate R to support advance analytics against big data right inside of SQL Server. By incorporating R processing into SQL Server, data scientists will be able to take their existing R code and run it right inside the SQL Server database engine. This will eliminate the need to export your SQL server data in order to perform R processing against it. This new feature brings R processing closer to the data.

The Stretch Database feature provides you a method to stretch the storage of your On-Premise database to Azure SQL Database. But having the stretch database feature allows you to have your most frequently accessed data stored On-Premise, while your less accessed data is off-site in an Azure SQL databases. When you enable a database to “stretch” the older data starts moving over to the Azure SQL database behind the scenes. When you need to run a query that might access active and historical information in a “stretched” database the database engine seamlessly queries both the On-Premise database as well as Azure SQL database and returns the results to you as if they had come from a single source. This feature will make it easy for DBA’s to archive information to a cheaper storage media without having to change any actual application code. By doing this you should be able to maximize performance on those active On-Premise queries.