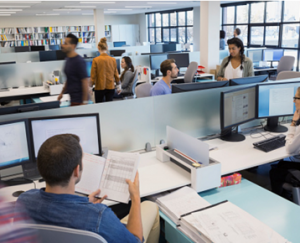 The first preview of ASP.NET Core 2 has been released, joining the release of .NET Core 2 Preview.  Developers can now take their first look at the code that will make up this major release that will adhere to .NET Standard 2.0.

Among the new features found in 2.0 are meta-packages, a new default Web Host Configuration, simplified logging, and an improved ASP.NET Core Identity system which makes it easy to change authentication providers.  The addition of meta-packages provides an alternative way for projects to be setup:  simply add the Microsoft.AspNetCore.All package to get started.  Unused subcomponents will be trimmed automatically when the application is built.  These changes are on top of the many performance improvements which according to Microsoft produce web apps that start and execute quicker as well as use less disk space as compared to ASP.NET 1.X.

Keep an eye on the .NET Core roadmap over at GitHub. It currently says Q2 for a preview/RC type release and Q3 for general availability. We would expect the 2.0 preview to be launched at Microsoft Build 2017.

Visual Studio 2017 was released in March 2017. As part of that, there was a bunch of .NET Core tooling improvements along with the new csproj file format.

.NET Standard 2.0 will broaden the set of APIs available to include a lot of the missing features. It sounds like 2.0 will make virtually all full framework APIs available.  Some popular complaints were System.Drawing, DataTables, and others. You can search the code of over on GitHub to see the changes. Isn’t open source awesome?

One of the biggest problems with .NET Core was the lack of third party libraries. For example, when 1.0 came out, popular logging libraries like log4net were not even available (it is now). However, this was really only a problem if you wanted to deploy your app on Mac or Linux. You could have used .NET Core and targeted full .NET framework and not had these issues.

.NET Standard 2.0 has added a new compatibility shim that will enable any .NET Core app to reference any full framework library.

One of the big goals with .NET Core is portability across multiple operating systems. Including desktops, servers, and even mobile. Microsoft, and the community, continue to expand the support of .NET Core. Look for the next version to continue expanding support of common Linux distros. Samsung is even working to provide support for the mobile OS Tizen.

On GitHub, the team lists these themes as being central to .NET Core 2.0.