Not to be outdone by its upstart open-source sibling, .NET Core, the team behind the venerable .NET Framework has put out an Early Access version of version 4.8 with toys aplenty for developers.

While .NET Core often captures the limelight, and the new Microsoft would point you at it for your cross-platform or lightweight container needs, .NET Framework continues to enjoy support simply through the number of applications written using it over the years that devs are reluctant to port, and because technologies such as ASP.NET Web Forms and ADO.NET data services are not present in .NET Core (and not likely to be in the near future).

The most visible change in the early access code is tweaked accessibility in Windows Forms that will allow the likes of ToolTips to appear when users navigate commonly used controls using the keyboard. Microsoft has made much of its accessibility credentials in recent years and a few simple AppContextSwitch settings in the App.Config file is all it takes to make an interface easier to use by the visually impaired. Assuming you’ve been populating your ToolTip properties. Which you have, right?

Other Windows Forms accessibility improvements bring better support for notification of events (such as a progress bar ticking over) via the Windows 10 Narrator when a control is not necessarily visible, along with enhancements in the DataGridView control and LiveRegion support in Labels and StatusStrips.

Outside of Windows Forms, the Just In Time (JIT) compiler in .NET Framework 4.8 is now based on .NET Core 2.1, so all the performance boosts from the young upstart can now be found in its chubbier, older sibling.

Security worriers will be pleased to note that images from the .NET native image generator (NGEN) no longer contain writeable and executable sections, which will reduce the surface area for attacks that seek to run arbitrary code by modifying memory. Obviously, there will still be writeable and executable memory at runtime, but this change removes those mapped from NGEN images.

Lastly, the ZLib compression library, which has been a feature since version 4.5 of the .NET Framework, finally got an upgrade to version 1.2.11 in order to take advantages of fixes and enhancements to the library from, er, 2017.

Windows Insiders are due to see the code appear in the “next” update for Windows 10, although it is unclear if that means the October 2018 Update or skippy builds aimed at 2019. We’ve asked Microsoft for clarification and will update with any response. Certainly, the last build (17760) was more focused on fixing whatever broke .NET 4.7.1 than inflicting early access code on users. 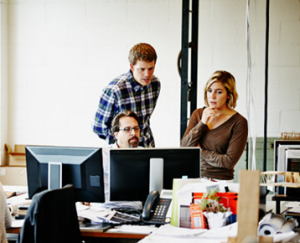 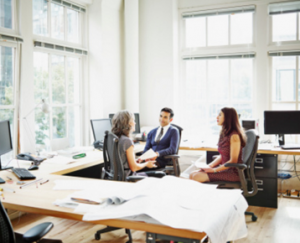 Joomla is one of the most popular free content management systems (CMS) in the world that allows you to easily...

PrestaShop is an open source e-commerce solution that is used freely by more than 120,000 online stores worldwide. It comes...